These are the times when great changes will take place in all countries, both geopolitical and geophysical

I come to you today with a message of optimism and hope for the people of the United States of America.

Many of you view your world as in dire straits, particularly those of you who have recognized the darkness in the affairs of your government, your institutions, and your places of learning, and you have seen how the darkness of the evil one has been infiltrating your institutions for many decades now.

But now you can see that the Light of the Father in Heaven, through the intercession of His Son, is beginning to influence the affairs of your country, because the Father in Heaven has chosen to intercede in these End Times of darkness to influence the affairs of mankind for the better in preparation for the coming events that will see you through a great transition from the evil that has dominated your governments, not just in the United States of America, but in all countries throughout the world.

For it has been the plan of the evil one to use his minions here on Earth to control the affairs of all mankind to create a draconian and evil one world order that would eventually mean the complete enslavement of humanity to the evil one and his minions.

The Father in Heaven through the Redeemer has chosen many among you to reverse the tide of this evil, for the Father in Heaven has great mercy for his children, and he recognizes that many of you have been deceived by the evil one and his minions to believe that good is evil, and evil is good, so twisted have the affairs of mankind become under the influence of the evil one.

But now you can see that there are glimmers of light that are cause for you to look forward in these times with optimism and hope that the evil one and his minions will be defeated.

The greatest success of the evil one to date has been his ability to divide the people among themselves with conflicting beliefs, ideas, and philosophies with the goal of creating chaos and confusion among the people which would, if left unchecked, lead to world chaos and confusion, resulting in great violence to humanity and destruction to the world in which you live.

Do not be confused by the choice of your leaders who are inspired to lead you out of the bondages of the evil one, for no man or woman chosen to lead in these times is without faults and weaknesses, as you know individually deep within you that you are also a sinner and easily tempted to fall into sin.

So do not lose respect for or denigrate your leaders who are showing the right way to follow the Redeemer’s direction, but who are also too human or frail in other ways that show they are simply human.

You must pray for your leaders who you discern to be on the right path that the Lord has chosen for your country, as well as to pray for the leaders of all countries throughout the world.

These are the times when great changes will take place in all countries, both geopolitical and geophysical, for it is so written in the scriptures that you are now fully in the End Times.

The Father in Heaven shall prevail in His plan for humanity through the implementation of His plan through the Redeemer, My Son here on Earth, Jesus Christ, and the Father’s Son in the Heavenly Realms, who is making all things new on the face of the Earth.

The Calvary of my Church has already begun 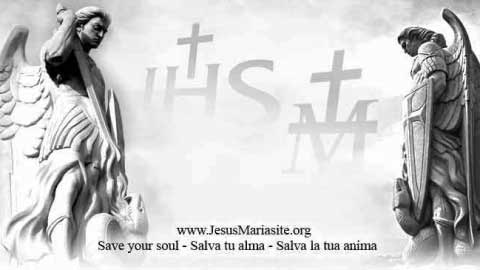 The veil between your world and the heavens will be raised. Lo and Behold, the dawning of this...

Mother of God: Those calling for war, are the psychopathic warmongers for the evil one

Mother of God: Support your leaders who stand up to satan’s draconian empire

Mother of God: People of USA have chosen to turn away from One World Order demonic plans

You are deep within the end times events

Mother of God: The minions of satan being exposed to the rest of you

The Church has lost its way