If you have become aware that great changes are now taking place, you are interpreting correctly the hand of the Father in Heaven in influencing the affairs of mankind

It has been many months now, since I have been with you in word and message, because I have been occupied with the task of descending upon humanity with a veil of protection and good will which is now permeating the Earth in preparation of the end times events that are intended to lead humanity to a New Heaven and a New Earth.

I, Jesus of Nazareth, now travel among you, and I am with you in these end times to assure that the plan of the Father in Heaven for all of humanity is fulfilled in these times, as it has been ordained since the beginning of time.

This is the Day of the Lord, and I ask you to proclaim every day in your lives the Day of the Lord, for it is the desire of Your Lord and Saviour, Jesus Christ of Nazareth, as the Redeemer of the world that all of you, my brothers and sisters, recognize the significance of these times in which you live.

Perhaps many of you have recognized that the veil of protection has spread upon the Earth most recently, because of the events in your own personal lives have indicated to you, and correctly so, that the hand of the Father in Heaven through His Son is now influencing the human events in your world to purge the evil one from the face of the Earth. This is the Heavenly plan that is now being implemented within your world.

You are being asked, my brothers and sisters, to assist me as the Redeemer through your Heavenly Father to prepare your world for the Great Transformation of events that will finally purge the evil from the Earth. So be it, as determined by the Father in Heaven.

If you have become aware that there is a feeling in the air as well as within you that great changes are now taking place, you are interpreting correctly the hand of the Father in Heaven in influencing the affairs of mankind.

For too many centuries now, the evil one has had his way with the affairs of mankind, and his minions, acting in his service, have been manipulating and controlling my brothers and sisters through their evil power and control over your governments, your economies, your institutions, your entertainment and leisure activities, nay, in all the affairs of mankind.

It is now that you should begin to recognize that there is an new power or a new energy in the air that is turning the tide against the evil one. It is the power of the Holy Spirit descending upon humanity to peacefully and stealthily influence you and your behavior, so that you begin to conduct yourselves more fully in the service of the Lord.

It is time now for you to recognize your importance in the history of humanity and in this Great Transformation in assisting your Father in Heaven, Your Lord and Saviour, Your Heavenly Mother, and all the Angels and the Saints in Heaven, who are now assisting you more fully in this great adventure. For never before in the history of humanity have so many prayers and intentions of good will poured out from the spiritual realms into your earthly reality, for the forces in Heaven fully recognize that these are the times, the end times, as prophesied by both ancient and modern prophets to sound the alarm that the time in now at hand.

Watch for the signs of the times carefully now. You may have already recognized that each of you individually as well as collectively have been given the ability to discern more fully the evil from the good, and to discern and recognize those among you who have been doing the work of the evil one, even though many of them do not recognize who their master has been in their lives.

It is time for the powerful prayerful warriors of the Father in Heaven to step forward and work with and through the power of the Holy Spirit to separate the wheat from the chaff and to expose the evil in your world that is hiding within your governments, your institutions, your places of learning, nay in all the affairs of mankind. You have now been given the gift of discernment to separate the chaff and expose the minions of satan and to work on the conversion of many souls.

Therefore, there will be a period of time during these end times when the wheat will be separated from the chaff; when evil which is many times disguised as good is exposed, for truly many are in the service of the evil one, both willingly and unknowingly. But now is the time when the veil will be removed slowly but surely until all of humanity recognizes the true Lord and Saviour of all of humanity acting through the power and authority of your Father in Heaven, your Creator.

You are to begin today by celebrating each and every day as “The Day of the Lord”.  Do so through my command and the Kingdom of Heaven shall be your eternal reward.

Thanks be to the Father in Heaven!” 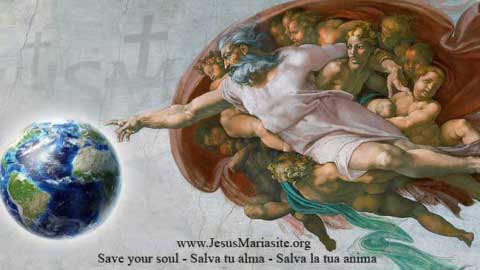 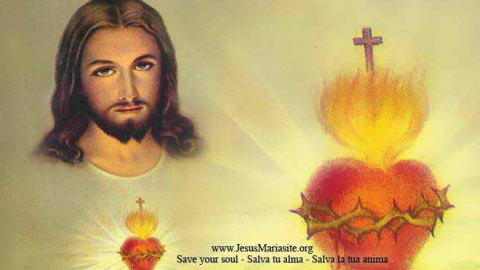 Jesus of Nazareth: Prepare yourselves now for great things to happen for humanity

Jesus: You are now in the times of the fulfillment of my promise

Jesus: Be with Me. You will live without fear or depression or remorse

Jesus of Nazareth: Sinister forces in league with the evil one to enslave peoples into a one world government

Jesus: Great changes will be taking place that can no longer be reversed

Jesus: The Great Shaking to take place in the blink of an eye and without notice